ANNAPOLIS, Maryland — Emergency legislation that would streamline penalties for those convicted of threats of mass violence — brought about by an increase in threats of mass shootings made in recent years — has passed the Maryland Senate and is advancing in the state House.

No One Is Safeguarding Your DNA

The growing popularity of consumer DNA testing has helped law enforcement make arrests in decades-old crimes that would otherwise have remained cold cases.

After police used a new technique to arrest a man suspected of being the Golden State Killer, a Maryland legislator proposed a law that would prohibit use of a familial DNA database for the purpose of crime-solving.

The Maryland Senate is weighing legislation that would shield from the public the names and photographs of youths who are criminally charged as adults until a judge has determined whether the case should be moved to juvenile court.

ANNAPOLIS, Md. (FOX 5 DC) - Genealogy websites are a popular way for people to find out about their past, but DNA databases associated with those sites have also become a tool for law enforcement. Now, a Maryland lawmaker wants to ban police from accessing that information.

Should Cops Use Family Tree Forensics? Maryland Isn’t So Sure 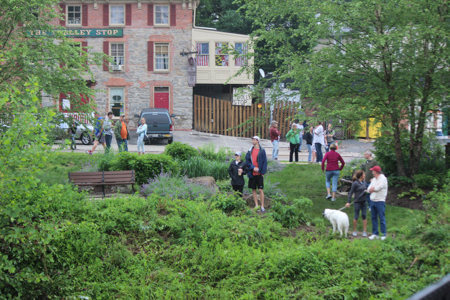 In 2014 you elected me to serve and represent your interests. I truly value and appreciate your trust in me to represent District 44B in Annapolis. While national politics may not always produce the results that we wish, I strongly believe it is still important to ensure that state government is working for all Marylanders.  As I represent you in Annapolis, I am working for a more prosperous district and state.

The 2018 Legislative Session of the Maryland General Assembly has just concluded. This was a busy session and I sponsored and supported significant legislation that will improve the lives of Marylanders.  I was the primary sponsor on a total of 21 bills this session which were introduced to improve the lives of citizens within our district and across the state. A number of the ideas for bills I sponsored came from conversations I had with some of you after the 2017 session. The themes of these bills can be summed up into four categories: Protection of Individual Rights, Consumer Protections, Juvenile Law, and Education. Below is a brief summary.