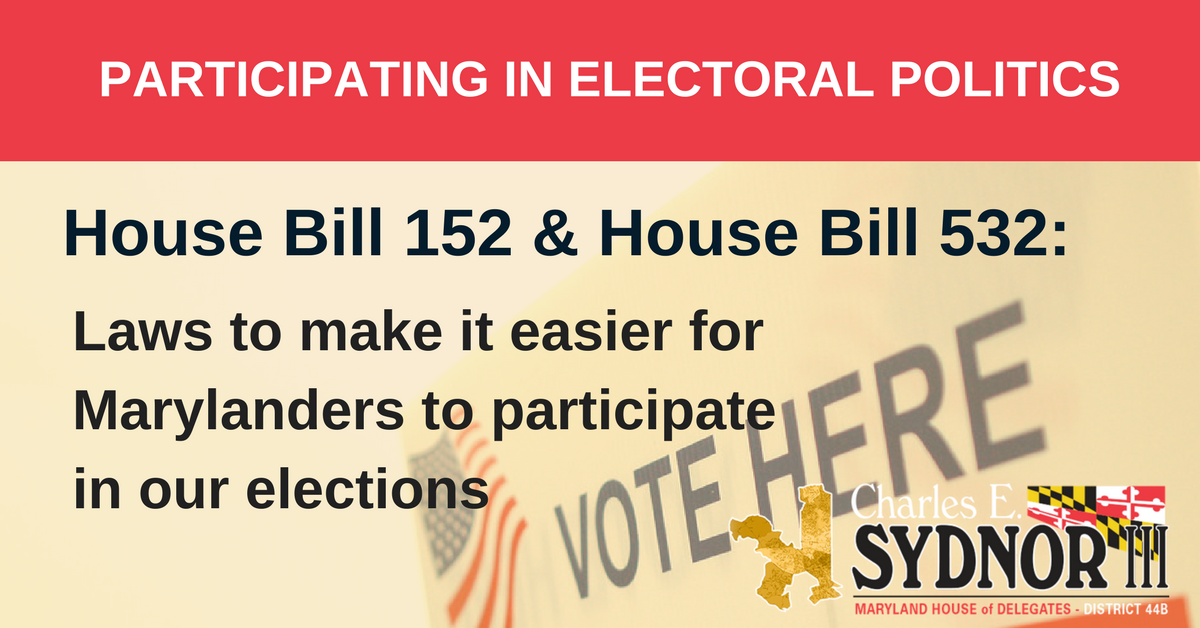 The 2017 Legislative Session of the Maryland General Assembly has just concluded and while some things my colleagues and I worked to accomplish fell short, I would describe this session as successful in many other ways. At the beginning of the session, I was appointed Chair of the Civil Law and Procedure Subcommittee, thus a member of the leadership of the Judiciary Committee and the Maryland House of Delegates.

As your delegate, I have an opportunity to help address individual concerns every day.  In fact, much of our work done is focused on constituent services. During session, as well as when session is adjourned, much of our time is devoted to responding to your emails, telephone calls, and letters that express concerns regarding legislation, personal matters, and issues in the community.  By way of example, my office was successful in responding to a constituent request to have a  new bus shelter and bench installed at a bus stop on Ingleside in Catonsville. In addition, we have worked with a variety of state agencies to  address constituent concerns like street racing on I-70, storm drain backups, trash dumping, MTA bus service,  grass cutting along Route 40, and the maintenance of Western Star Cemetery. Raising these concerns have helped me to help you address our community’s needs and this has been extremely helpful. I do not take any of this for granted.

As Session Ends, Brewery Bill, Marijuana Concerns, On The Mind Of Area's Legislators

The approval of legislation that will allow a Guinness brewery and tourist attraction in Relay and concern about the state's medical marijuana licensing system were among top issues facing Catonsville and Arbutus area legislators as the 2017 Maryland General Assembly came to a close this week.

April 10, 2017 - A bill passed in the Maryland House of Delegates and currently under consideration by a Senate committee would see a task force formed to study police use of surveillance technologies, such as facial recognition software, according to a report by Capital News Service.

ANNAPOLIS, Md. (AP) — A bill making its way through the Maryland legislature would create a taskforce to study police use of surveillance technologies, such as facial recognition software.

The bill, HB 1065, establishing the Task Force to Study Law Enforcement Surveillance Technologies, passed in the Maryland House and is now under consideration by a Senate committee.

Yolanda Vazquez speaks with? Delegate Charles E. Sydnor III, District 44B about his time in office. They also cover his proposed bills, Cell-Site Simulators, which are used by law enforcement to capture cell phone signals. Also discussed is a bill regarding juvenile justice reform. Follow on Facebook and Twitter.

The Maryland General Assembly 2016 Legislative Session has concluded and I wanted to take the opportunity to share what has transpired since our last session. I want to thank each of you for your phone calls, emails and personal visits to share with me what's important to you. It is through our communications that I know what is important to you. I truly appreciate the trust you have placed in me to represent you in Annapolis.

Since last session, I was appointed to the Commission Regarding the Implementation and Use of Body Cameras by Law Enforcement Officers and to the National Conference of State Legislatures' Law, Criminal Justice and Public Safety Committee. Additionally, I traveled to San Francisco during the fall of 2015, as a member of the Maryland Delegation for the National Conference of State Legislatures/ National Center State Courts' "Juvenile Justice Reform State Teams' Meeting" with Senator Delores G. Kelley, Chief Judge Mary Ellen Barbera, Court Administrator Pamela Harris, and Department of Juvenile Services Secretary Sam Abid. Each of these experiences informed some of the legislation that I sponsored or cross-filed. Finally, at the end of this session, I was also appointed Parliamentarian of the Legislative Black Caucus of Maryland.

This session, the House Judiciary held hearings for 348 bills, many of which were very intense. As a member of its Committee's Criminal Justice Subcommittee, I had a role in formulating two major pieces of legislation, the Public Safety and Policing Workgroup - Recommendations and the "Justice Reinvestment Act". While I will discuss them both more in depth below, I am confident that our work will produce outcomes that greatly improve our criminal justice system.

Privacy advocates from the ACLU and other organizations have raised concerns about the Baltimore Police Department’s use of the stingray device and the secrecy that surrounds it. So in a rare turn of events last week, an Annapolis hearing room became a venue for law enforcement to publicly speak about the illicit gathering of cellphone data.