Yolanda Vazquez is on location in Annapolis, Maryland with Maryland House Delegate from District 44B, Charles Sydnor III. They discuss the 2015 Legislative Session.

New District 44B Delegates Settle into Role in Annapolis

With the second week of the legislative session underway, District 44B Dels. Charles Sydnor III and Pat Young are settling into their new roles as representatives in Annapolis.

The Catonsville residents, two of 58 new delegates who began their terms Jan. 14, both say the transition to the State House has been an exciting one.

"There is so much information that is coming our way within the past two weeks," said Sydnor, 40, a senior attorney for Enterprise Community Partners in Columbia. "I'm still figuring out how to get around, how to get things processed, how to be a good representative."

When the Maryland General Assembly reconvenes on Wednesday, there will be a sea of new lawmakers taking the oath of office.

This crop of freshmen includes a former drug dealer, a liberal blogger and a saloon owner. There are three medical doctors, several military veterans and a guy who has worked for 25 years at a plant that produces construction materials.

Here’s one interesting fact about each of the 69 newest members of the House of Delegates and Senate:

A group of 27 Democratic legislators asked MarylandReporter.com to publish this open letter to Gov.-elect Larry Hogan. Nineteen of the 27 are newly elected delegates being sworn in Wednesday.

Congratulations on a hard-fought election to become Maryland's next Governor. Your promise to "Change Maryland" resonated with hundreds of thousands of voters -- especially your belief that middle-class residents and working families deserve tax fairness and job creation. We agree.

A Maryland Reporter article on Friday touched a nerve with a number of newly elected members of the House of Delegates. The lead sentence said: "While the new governor-elect is a pro-business Republican, the newly elected “Democrats coming in are more progressive and more anti-business” than those they are replacing, Comcast lobbyist Sean Looney told a Baltimore-Washington Chamber of Commerce luncheon."

Seventeen freshman Democrats who will be sworn in Jan. 14 signed this letter to Sean Looney and they requested MarylandReporter.com publish it. UPDATED 11/10/2014, 2:30 p.m. Looney apologized for his 'inappropriate comments' Monday afternoon in a letter posted below.

Charles Sydnor and Pat Young to represent District 44B

Catonsville Democrats Charles Sydnor and Pat Young became the first delegates to represent the newly drawn District 44B with 41.59 and 41.02 percent of the vote, respectively.

"I'm excited. Pat and I have been working for some time," Sydnor said late Tuesday night. "I think we're going to work well together to serve constituents in this district."

Ebersole, a long-time Catonsville resident and math teacher at River Hill High School in Columbia, would bring three decades of education experience and smart views on the environment and job creation. Both Lam, a physician and a former legislative staffer for Del. Dan Morhaim, and Hill, a plastic surgeon, would bring health care

(CATONSVILLE – May 25, 2014) – There was no parade with a marching band. There was no music, but the rippling effects of the welcoming of Attorney Charles Sydnor to the Shirley Nathan-Pulliam ticket in the new 44th districts means a tenuous battle for the new 44B segment of the new 44th.

This is the 2/3rds county-city district that was once 100% inside Baltimore City.

Guests for the initial version of the new Internet radio show include model Mearg "Storm" Tareke and Charles Sydnor, candidate for House of Delegates in the new 44B district.

MEET CHARLES E. SYDNOR, III - CANDIDATE FOR THE HOUSE OF DELEGATES, 44B 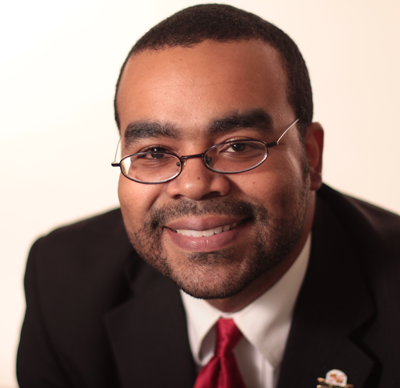 (RANDALLSTOWN - August 19, 2013) - An interesting House of Delegates race is brewing in the new 44th. One young man running is Charles E. Sydnor, III. He is a lawyer and he hails from the 10th District Democratic Club under the guise of State Senator Delores Kelley. Those who know politics know that Kelley is a tenacious campaigner, a powerful legislator, and an all-around student of Maryland politics. Hence, Sydnor couldn't have a better teacher when it comes to politics.

Who is Charles E. Syndor, III?

Charles was born and grew up in Baltimore City, Maryland and is a resident of Catonsville, Maryland. Charles is married and a father of three girls who are enrolled at local a Baltimore County Public School.